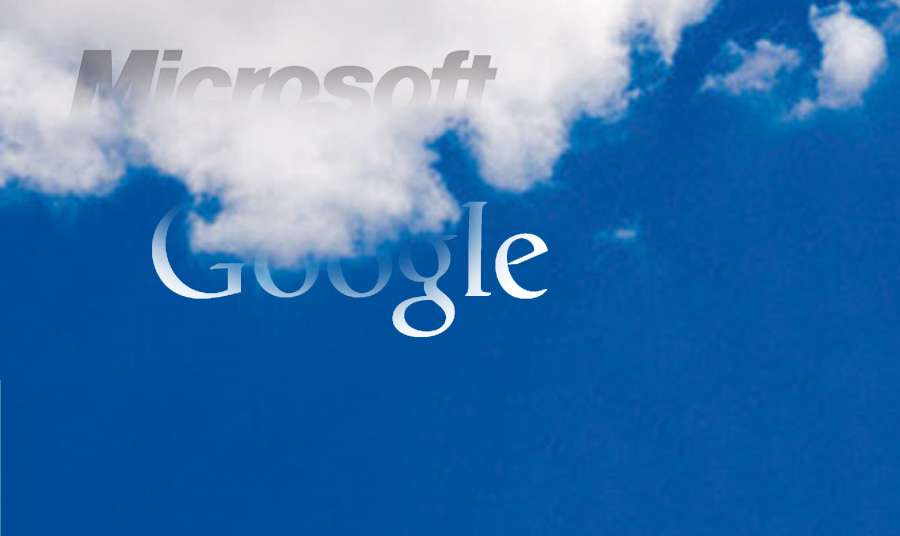 However, if one looks at the scenario carefully, it is quite evident that Microsoft is leading the pack.

Primarily, the price war. Google and Microsoft relatively share a common price cutting strategy, both have lucrative core businesses that they can utilize to support a price war in cloud infrastructure, willing to lose some money for long-term monetary gains.

While Amazon’s support may be awful (personal view), Google and Microsoft and their respective partners do a good enough job of supporting clienteles on their stack. This historically was not the case, Google used to consider support as an expensive investment. However, in case of Google apps it has stepped up considerably.

Then there are the niche cloud providers who do an improved job than the bigger folks at delivering infrastructure-as-a-service for respective verticals, however, when you at the bigger piece of the pie to full software-as-a-service applications, office 365 gives Microsoft an edge. On the other hand, Google has been penetrating into smaller businesses with Google Apps for a decade now. Microsoft on the other hand remains the default amongst the biggest and the most profitable customers. Like a recent research from Dan Frommer showed, only a single amongst the top 50 Fortune companies uses Google Apps.

However, it has been analyzed that once companies get to $200,000 per month of expenditure on cloud infrastructure, it’s relatively less expensive to make one’s own data centers.

Microsoft scores in one more point. Google’s main revenue channel is through the sales of their online advertisements, and it has advantageously high operating margins, that of around 30%.

Though Azure offers really low margins than on-site Window Servers, its essential- customers are shifting workloads to the cloud, and Microsoft requires an economical offering there to keep them on Microsoft’s stack so they continue to buy other products from Microsoft. Plus, future 0n-premise Microsoft infrastructure customers can be the ones who are using Azure today.

So to speak, Google Cloud Engine and Microsoft Azure both are lowering profit margins of their parent entity. However, Azure has clear cut goals defined, whereas with Cloud engine that does not seem to be the case.

But, the atmosphere is pretty dynamic and can always change. Amazon can overcome it’s flaws, Google could really emphasize on products other than ads, and Microsoft could lose out on it’s initial momentum by pricing policies which are short-sighted or unnecessary feature changes.

To summarize, presently Microsoft’s chances are pretty good. No wonder the cloud guy in the organization, is in the driver’s seat.